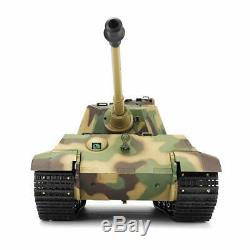 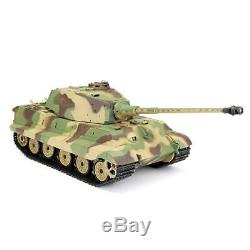 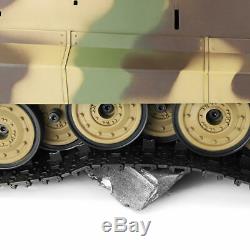 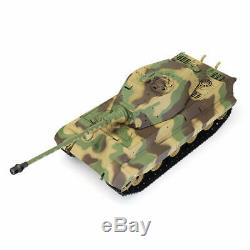 Tiger II is the common name of a German heavy tank of the Second World War. The final official German designation was Panzerkampfwagen Tiger Ausf. B, often shortened to Tiger B. The ordnance inventory designation was Sd. It is also known under the informal name Königstiger (the German name for the Bengal tiger), often translated literally as Royal Tiger, or somewhat incorrectly as King Tiger by Allied soldiers, especially by American forces.

The Tiger II was the successor to the Tiger I, combining the latter's thick armour with the armour sloping used on the Panther medium tank. The tank weighed almost 70 tonnes, and was protected by 100 to 185 mm (3.9 to 7.3 in) of armour to the front. It was armed with the long barrelled 8.8 cm KwK 43 L/71 anti-tank cannon. The chassis was also the basis for the Jagdtiger turretless tank destroyer. The Tiger II was issued to heavy tank battalions of the Army and the Waffen-SS. It was first used in combat with 503rd Heavy Panzer Battalion during the Allied Invasion of Normandy on 11 July 1944; on the Eastern Front, the first unit to be outfitted with Tiger IIs was the 501st Heavy Panzer Battalion, which by 1 September 1944 listed 25 Tiger IIs operational. Highly detailed and accurate 1:16 scale tank. Forward and reverse with regular and pivot turning. Shoots BB round with barrel recoil action.

Length: 644 mm Width: 235 mm Height: 200 mm. Larger items may be sent using Parcelforce 48 hours. Any faults must be advised to us within 7 days or receipt of the item; any items damaged in transit MUST be advised within 24hr. Please DO NOT RETURN any item before contacting us first, we may be able to solve the issue.

Most products carry a 30day guarantee. However, this will only apply where the item has been subject to normal usage and has not suffered any form of misuse. Please note that problems are rare given the large quantity of products we supply to customers around the world.